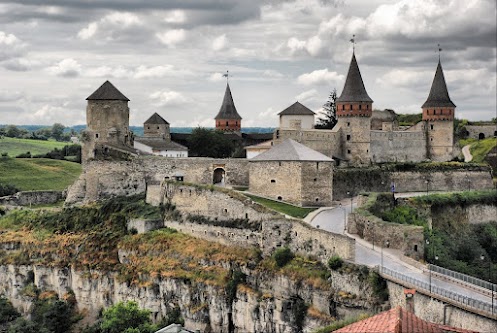 The head of the late king Oscar IV rolled down the steps to the throne, the crown falling off on the third step. The new king stuck the point of his partisan at the base of the neck and picked up the crown as lay half way on the step. Using the butt of his partisan for emphasis, he pointed out two of his soldiers and told them "You two, toss the body off the balcony." As the soldiers opened the doors to the balcony, an arrow flew through the doors and bounced off and slid along the slate floor of the state apartment. Outside, there was still the sound of battle raging as the late king's special guard fought for their lives as they tried to escape from the western tower.

Behind the soldiers carrying the body of the late king, the new king marched with his partisan with the head on top. After the body landed in the cobbled courtyard with a loud thump, the sound of fighting quieted a bit as the new king stuck the butt of the partisan within the frame of the door with the head of the late king resting on the point. The fighting outside renewed as the King's special guard tried to cut their way to safety.

Once inside the two soldiers who tossed the body marched behind the Grand Chancellor who was behind held next to the table in the center of the room. Adjusting the crown on his head, the king marched up to the elderly Grand Chancellor and asked "Do you have anything to say for yourself?"

"I served the lawful king to the best of my ability. My conscience is clear."

The King gestured at the Grand Chancellor and ordered "Put him on the table and hold him down." Then he grabbed another partisan and raised it high. "Tell it to the crows you fed." Then he swung the partisan down onto the Grand Chancellor's neck and that head also fell to the floor and a pool of blood gushed from the body. The king pointed to the body and said "Off the balcony." He then reached down and grabbed the head by the beard and placed it on the partisan and walked out with it and placed it the frame of the door on the opposite side from the late king.

Taking a new partisan he poked it under the table. "You... out" he said calmly.

The state treasurer crept out from under the table. He shivered as he looked around the room at the bodies of the dead guards and the pools of blood on the floor where the late king and his Grand Chancellor had been. His elderly frame swayed as he shook. The King leaned over him and in a gentle voice said "If you want to live to see the sun set tonight, you will tell me where both of those women and their kids are. I know you have no love for either of them. The way they treated you.... you owe them nothing."

Despite his age the Treasurer stood as strait as he could. "I am not a man so cowardly as to turn my lieges over for my own skin"

The new king looked at the treasurer with a mixture of annoyance and respect. "Let me tell you what the options are, old man. If you refuse to tell me where I can find them, you will join King Oscar and his knavish chancellor on the stones below, without benefit of loosing your head first. Then my men will find the women and the girls and play with them all night. If you tell me where they are, you will live and they will die swiftly and suffer no abuse before or after. You won't save them by remaining silent. You will instead do them a great harm. And your death will have been pointless. Think quickly." He then gestured to the soldiers who picked up the treasurer by the arms and carried him toward the window.

The treasure shouted "Hold on, I'll explain" and the soldiers put him down next to the open doors to the balcony

The state treasurer looked around the room again. Outside the sounds of battle had stopped, except for the soft thuds of the bodies of the special guard as they landed on the cobbles below the window.

"The last I saw of them they were both in the Queen's apartments, arguing. There is a special staircase behind the fireplace from there to the ground floor. There are at least two exits."

"Who knew of this staircase? Where does it go"

"Well, almost everyone but the king knew of it. One exit is the royal nursery, the other exit goest to the quarters of the captain of the special guard."

The king looked out the balcony for a moment. "Why did the king not know of this special staircase?"

"It was a very bad idea to bring him news he didn't want to hear."

"Between the two women, how many children are there"

"Lieutenant, take some men go to the Queen's apartments. Find the staircase and follow it to the nursery and to the guard quarters. Find all nine of them. Take them to the top of the tower, kill them, and toss them off the tower to the square. I will be counting."